Unexpected hardware failure led to approximately 16 hours of down time. The failed disk has been replaced, and things should be back in working order. It was, surprisingly, not the disk itself that failed, but rather the SATA data connector. It popped off while I was removing the disk for better cleaning access. 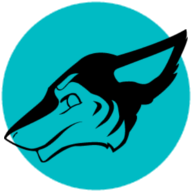